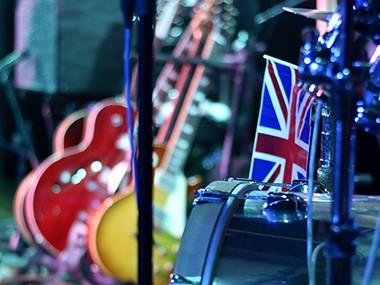 The British Invasion Show - When Britannia ruled the airwaves

Ready to be swept away by some of the greatest music ever made? Get back to the sixties when British groups captured American charts and minds in the ‘British Invasion’.

You’re in for a night of classic tracks by all-conquering heroes of the US, like The Rolling Stones, The Beatles, Cream, The Small Faces, The Kinks and many more. You’ll experience music that changed a generation – and the world. Whatever you’re into, there’s something for everyone.

Buckle up for the musical ride of a lifetime. And all performed by top musicians who have worked with Roger Daltrey, Pete Townshend, David Bowie, Bruce Springsteen, Foo Fighters and The Small Faces.