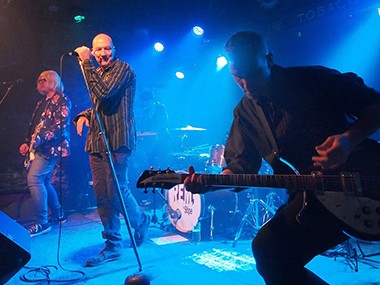 An ‘Automatic for the People’ show plus hits & favorites.

R.E.M. remain one of the world’s most enigmatic stadium rock bands.  With a string of peerless albums running forward from the 80s; one eye on the underground and one eye on the soaring chorus; it’s safe to say we will never see their like again.

Automatic for the People; 1992 and R.E.M. were the biggest, most important rock band in America.  Their multi-platinum smash, 25 years later, remains a brooding, transitional album.  Twelve nakedly emotional songs that offer a pristine portrait of the original four-piece formation at its absolute prime.  R.E.M. \ stipe will perform the whole album, in its original running order, with the attention to detail that defines the band.

Whether it’s laying major festivals or appearing on the One Show, performing for Michael Stipe himself, Stipe are the definitive R.E.M. tribute with an encyclopaedic knowledge of the back catalogue.  The boys from Athens’ legacy is in good hands.