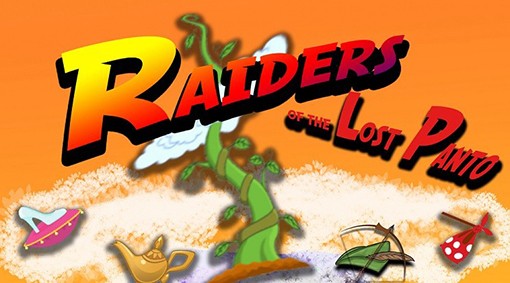 Raiders of the lost Panto

The dastardly Captain Hook is doing his darndest to disappear Panto, all because he can’t bear that croc getting closer, Tick!, and closer, Tock! Tinkerbell puts Peter Pan in pursuit of lost panto, hoping to beat Hook to it, or the Nursery and Neverland will be no more. Can Peter prove he is worthy of Panto? Can he beat King Rat in a duel? Will the Wicked Stepmother be shamed into realising she looks terrible? Will Robin Hood and his Merry Man like Peter’s moves and what is panto hidden in, does anyone know? For frolics, fun, laughs and traditional panto tales with UpShoot theatre and the inimitable talent of the best local performers, join us, socially distanced, this Christmas at one of 15 limited capacity shows at the Fisher Theatre, where panto still lives on.